The Outer Space Men line continues to chug along.Â The latest offering is the “Cosmic Creators” set of OSM waves 3 and 4, which were designed by OSM creator Mel Birnkrant. Fully compatible with Onell Design’s Glyos system, this is a limited-edition set available only through the official OSM site, theouterspacemen.com. The set sells for $80, is limited to 200, and will be signed by Mr. Birnkrant himself.

I know I haven’t covered the line much here on the site, and I’ll admit I’m not collecting it, but that’s no knock against OSM creatorÂ Mel BirnkrantÂ or theÂ Four HorsemenÂ – there’s tons of stuff out there these days and not everything is going to catch one’s fancy (unless you’reÂ NoisyDvL5). I still think they’re very cool, and I’m considering picking up the deluxe characters like Cyclops and Colossus Rex.

Powerlordsreturn.com has an interview up with Wayne Barlowe, the artist and creator of Barlowe’s Guide to Extraterrestrials who also helped Revell develop the Power Lords toyline in the 1980s. It’s a great article with an amazing artist, and well worth the read.

I knewÂ someone had to have made a custom of a vintage Castle Grayskullman (aside from the creator of CGM himself), and a cursory search brought up this one by Hunter Knight Customs. I think CGM is the 30th Anniversary figure that most seems like it would have existed in the 1980s – yes, even more than Draego-Man, who, awesome as he is, seems a bit more like something Remco would have produced in one of their high-quality knockoff lines, since they focused a lot more on the dragons and dinosaurs.

S.H.MonsterArts King Ghidorah is now available at AmazonÂ and Entertainment Earth, and should be available any day now at BBTS. I’ve opened mine and hope to get to a review eventually, but in the meantime I can tell you that it’s an amazing action figureÂ but be very careful with the wings.Â They’re not really designed to “flap” from right to left, but rather, they’re designed to move up and down a bit. The special hinge at the base of the wings was reportedly designed to prevent the wings from putting excess weight on the joint, causing the joint to become brittle and break over time. Ironically, this design makes the joint weak when yanked around in other directions, so it’s prone to breaking. Whether or not that risk is worth the price is entirely up to you (though the good news is you can probably return the figure if you order through a U.S. retailer – I didn’t). Being someone who would have sacrificed his entire Transformers collection as a kid for super-articulated Godzilla toys, the risk was worth it to me, but I’m a complete mark for this line.

Nick of ActionFigureFury sent me this notice about a big contest they’re holding, and I’ve been remiss in not posting it. The prize is the incredibly awesome Sideshow G.I. Joe Command Center envirionment. There are multiple ways that you can enter the giveaway (follow AFF on Twitter, like AFF on Facebook, sign up for the AFF newsletter, tweet about it, blog about, post it on Facebook, and refer your friends).Â It expires at midnight tonight, so head over to AFF and enter the contest ASAP!

Jason Week writes in to let us know about a print he created forÂ Dinosaur Dracula, the new blog from former X-Entertainment blogger Matt Caracappa. The print is for sale for $20, and you can order one here! 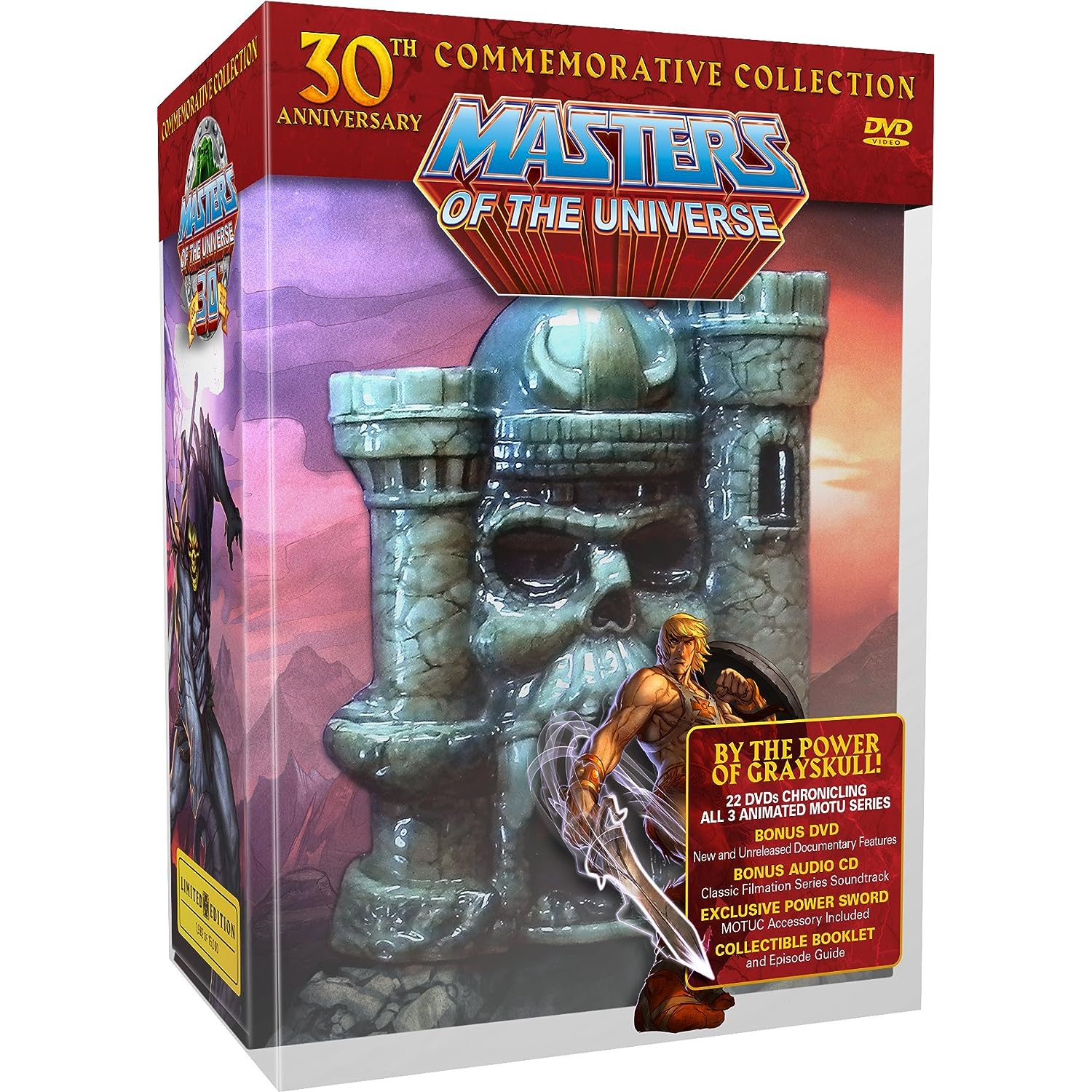 It’s a bit of a bummer it doesn’t include the complete New Adventures…orÂ Princess of Power.Â But then, I wonder whether including all of NA and POP would actually hurt sales, between the increased price and the fact that many MOTU fans aren’t really fans of NA, and many aren’t POP fans either.

Sightings > Realm of the Underworld Goes on Sale this Friday, 10/12

The new independent action figure line,Â Realm of the Underworld (formerlyÂ Warlords and Warriors) will go on sale this Friday, October 12 atÂ www.underworldfigures.com. The line’s inspiration includes the vintage Masters of the Universe toys, as well as the classic Remco lines such as Lost World of the Warlord. Above is a sneak peek at the official card back.

Here’s the information straight from the manufacturer, Zoloworld LLC:

These figures will be $19.99 each! The first wave consists of four figures that will have a very limited factory run! Because of the timing factor to get these here by the Holidays, (RETRO STYLE holdays 🙂 we will be doing a split run of figures. In addition, these will be on blister cards – (SOON TO BE REVEALED). The card size will fit to our ZOLOWORLD vintage protective case. We will give that option on the website to anyone wanting cases to protect their action figures for $3.00 extra. the production samples we have received are mind blowing! At the same time, we are working on ROTU BATTLE PACKS that will also be on blister cards. The reason we are going with this approach is to further the retro experience as well as maintain collectibility. This will give you the another option to mix and match parts. So much more to be revealed for this factory produced series!

Sightings > Figure of the Day Closes Its Virtual Doors

Looks like Figure of the Day is closing down. No reason is given for why, but in a rather amusing gambit, they’re selling the domain name itself for $2500 (or best offer).

I ran a few contests sponsored by FOTD and always enjoyed them. They seemed like good guys to work with. I did receive some emails in the last couple of months expressing skepticism and suspicion, particularly when they were selling what they called a warehouse find of the first wave of DC Arkham Asylum figures for $300. I’m not sure what to think of that – is it really fair to criticize them for charging what the market will bear? I don’t think any retailer (not even TRU, especially lately) is under an obligation to sell items at their MSRP, especially years after they’ve been released. That said, I have no idea what the set was selling for on eBay…but I think FOTD sold out of it, which suggests they gauged the price right.

Anyway, FOTD offered many great deals and free shipping, and I got a few items off their site myself and, again, really enjoyed working with them on contests. Personally, I’m sad to see them go.

On a related note, is Thwipster ever coming back, like they promised? It’s been a while now. Might be worth looking into.